Showing posts from July, 2011
Show all

By Skyler J. Collins July 10, 2011
I did a lot of complaining this year on the State of Utah recent lift of their ban on the private use of aerial fireworks. It, along with the everdepressing show of blind nationalism by everyone, kept me in a rather dreary mood all throughout the holiday (which in Utah, isn't over until after Pioneer Day, the 24th of July). In order to avoid this hard-heartedness next year, I've been thinking of ways that I can celebrate. This got my thinking about why we celebrate the 4th of July. It's call'd Independence Day for a reason. What happen'd on the 4th of July? 200+ years ago, our American ancestors seced'd from the largest empire in the world, Great Britain. They claim'd their independence from a distant tyrant. So we could celebrate the 4th by studying that seemingly ancient history, OR we could celebrate the 4th by studying modern history. What do I mean by that? What a better way to celebrate the 4th than by studying the growth and tyranny of the largest
Post a Comment
Read more

Full-body Cavity Searches For Everyone 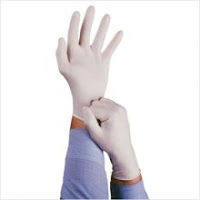 That's it. What a scary revelation. Terrorists could be hiding bombs inside their bodies . I can't believe this. It is absolutely paramount that the TSA start conducting full-body cavity* searches on all passengers. If they don't do this, then how am I going to feel safe getting on an airplane? How am I going to feel secure that I won't be blown up by a terrorist hiding a bomb inside his body? The only way the TSA can guarantee my safety in light of this new information is to require a full body cavity search of every passenger. That's it. That's the only way. Nothing else will do. Terrorists are a serious threat to everyone, and the TSA should take that threat seriously. If the TSA is going to be trusted as having our security as their number one priority, they will immediately start full-body cavity searching every passenger on every flight. They can't be trusted otherwise. * When I say "full-body cavity" search, this includes finding surgical
Post a Comment
Read more 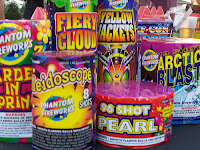 Emitting a loud noise can be an act of aggression. The test of whether or not you are committing aggression through your emission of loud noise was given by Rothbard : Most of us think of homesteading unused resources in the old-fashioned sense of clearing a piece of unowned land and farming the soil. There are, however, more sophisticated and modern forms of homesteading, which should establish a property right. Suppose, for example, that an airport is established with a great deal of empty land around it. The airport exudes a noise level of, say, X decibels, with the sound waves traveling over the empty land. A housing development then buys land near the airport. Some time later, the homeowners sue the airport for excessive noise interfering with the use and quiet enjoyment of the houses. Excessive noise can be considered a form of aggression but in this case the airport has already homesteaded X decibels worth of noise. By its prior claim, the airport now "owns the right&quo
2 comments
Read more

Do I Hate My Country? 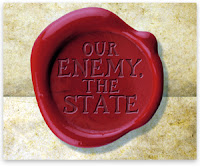 I've several times been accused of hating my country with the accompanying suggestion to move, but this is plain and simply a false accusation. That people would infer as much by my opposition to my [many layers of] government is a testament to just how badly people have been educated regarding the state and society. I want to be perfectly clear, I absolutely love my country. I love our genius and our ingenuity. I love our passion and our charity. I love most of everything there is to love about my country. HOWEVER, I don't confuse "my country" with "my government" or "my nation". In fact, I see, as Albert Jay Nock wrote , that the state is the greatest enemy of mankind. That is, my government is my country's public enemy number ONE. I take Christ's commandment to love our neighbor as ourselves seriously, which is why I not only want bad government (though I repeat myself) out of my life, but also out of my neighbors'. I want libert
1 comment
Read more
More posts