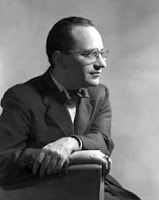 I'm reading Murray Rothbard's "Betrayal of the American Right". Chapter 7 talks about his conversion from conservatism to libertarianism, then to anarchism. I found it refreshingly similar (the logic) to my own conversion. Thought I'd share:


My conversion to anarchism was a simple exercise in logic. I had engaged continually in friendly arguments about laissez-faire with liberal friends from graduate school. While condemning taxation, I had still felt that taxation was required for the provision of police and judicial protection and for that only. One night two friends and I had one of our usual lengthy discussions, seemingly unprofitable; but this time when they’d left, I felt that for once something vital had actually been said. As I thought back on the discussion, I realized that my friends, as liberals, had posed the following challenge to my laissez-faire position:

They: What is the legitimate basis for your laissez-faire government, for this political entity confined solely to defending person and property?

I: Well, the people get together and decide to establish such a government.

They: But if “the people” can do that, why can’t they do exactly the same thing and get together to choose a government that will build steel plants, dams, etc.?

I realized in a flash that their logic was impeccable, that laissez-faire was logically untenable, and that either I had to become a liberal, or move onward into anarchism. I became an anarchist.

Ditto for universal health-care, etc. Government-provided goods and services, be they security (police, army) and judicial protection (courts), or health-care and education are "socialistic" by nature. Either you're a socialist, however limited and discriminatory, or you're an anarchist. That's all there is to it. The logic is indeed "impeccable".