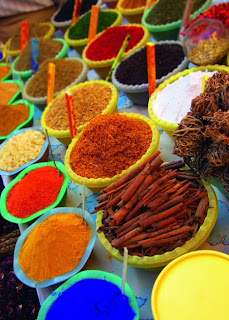 You've probably heard the term to describe one of neo-conservatism's biggest hobgoblins, "Islamofascism". I'm not sure who coined it (Savage?), but it's spread like wild fire over the last few years. It's a term used to spread fear and hate towards Muslims. A much more accurate term to describe the secular side of the Muslim faith would be "Islamocapitalism". Lew Rockwell's latest podcast explores Islam's capitalistic roots and love for capitalists, a sentiment I'm happy to tolerate. Here's the summary from his site:


Is Islam compatible with free markets? Turkish journalist Mustafa Akyol points out that the vast majority of the world’s 1.2 billion Muslims are tolerant, peaceable and reasonable people whose lives do not make the news. The blowback of terrorism is the result of Western colonialism and the CIA’s promotion of fundamentalism in its Afghan war on the Soviets.

Islam was founded by a successful merchant, and the religion was largely pro-market until the colonial disease of socialism infected the Muslim world. The Koran calls the merchant the most honorable man, saying that nine of ten of God’s bounties come from trade.

The podcast is a must listen and can be downloaded here.