Get Your Pork-Filled Stimulus!

By Skyler J. Collins February 13, 2009
During his first press conference, President Obama told reports that the stimulus bill had been completely scrubbed of all pork and special interest spending. My only question then, is what do you call this stuff, other then non-stimulative pork?
Veronique de Rugy of Reason.com provides some more insight into the bill here and concludes:

It's a terrible bill, in other words, both on its face and in the details. For the reasons I detailed here, it won't stimulate the economy. It violates many of President Obama's promises. Most of the deals that created it were made behind closed doors, meaning that there is virtually zero transparency and no real way to track where, how, or why money is being spent. On top of that, the bill is still packed with items that any vaguely impartial observer would call pork. 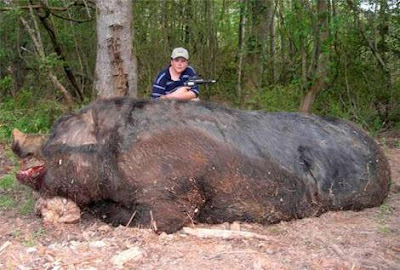 Anonymous said…
Skyler my friend, you obviously have no concept of the purpose of the bill. EVERY SINGLE one of these so-called "pork spending programs" will create jobs jobs jobs and improve infrastructure. Yes, in a way it is sad our country has come to this. But, apparently there are people in the country who believe capitalism is only for the big-shots. The american people are not allowed to use their imaginations anymore because a select few have monopolized the entire economic structure of or country in the name of "capitalism." Come on. You're better than that.
February 16, 2009 at 12:30 PM