The Golden Age of Free Speech

By Skyler J. Collins March 02, 2009
Looking at everything that's transpired in my life over the last 5 years, great advances were made for me intellectually and spiritually in large part thanks to the internet. Perhaps someday I will give a chronicling of that but suffice it to say that I truly believe we are living in a golden age of free speech, the likes of which was only dreamed of by our founding fathers. Thomas Jefferson specifically gave his opinion on where he wanted our constitutional rights to speech and the press to go. Here to briefly summarize the last 230+ years of America's free press history is an article I read in June of 2008. It was written by Steve Boriss for the Cato Institute's techknowledge publication. I highly recommend reading it. I also recommend adding your ideas to the marketplace via a blog or what not, as I have done. The introduction:

Everyone knows that the First Amendment phrase "freedom of the press" generally refers to journalists. But at the time the First Amendment was written, there were essentially no journalists as we think of them now. Newspapers were produced mostly in one-man shops by those whose trade was "printer" — not "reporter," "journalist," "columnist," or "editor." It would be another 30 years before America had its first full-time reporter.

The truth is that just as the phrase "freedom of speech" grants all of us the right to speak our minds, "freedom of the press" gives all of us the right to publish — to "freely use a printing press." Thomas Jefferson had no interest in empowering a special class, "the press," who today present themselves as superior in their abilities to ferret out, understand, and communicate the single, correct way to look at things. Instead, he wanted our news to be filled with a multitude of alternative voices and opinions competing in a freewheeling marketplace of ideas. 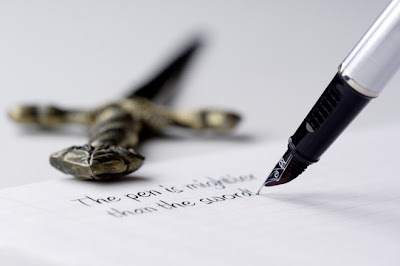