Fraud and The Free-Market 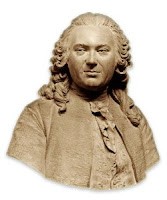 These two paragraphs by Anne-Robert-Jacques Turgot (1727–1781) explains, quite succinctly, how the free-market better protects against fraud than government:

The general freedom of buying and selling is therefore the only means of assuring, on the one hand, the seller of a price sufficient to encourage production, and on the other hand, the consumer, of the best merchandise at the lowest price. This is not to say that in particular instances we may not find a cheating merchant and a duped consumer; but the cheated consumer will learn by experience and will cease to frequent the cheating merchant, who will fall into discredit and thus will be punished for his fraudulence; and this will never happen very often, because generally men will be enlightened upon their evident self-interest.

To expect the government to prevent such fraud from ever occurring would be like wanting it to provide cushions for all the children who might fall. To assume it to be possible to prevent successfully, by regulation, all possible malpractices of this kind, is to sacrifice to a chimerical perfection the whole progress of industry; it is to restrict the imagination of artificers to the narrow limits of the familiar; it is to forbid them all new experiments; it is to renounce even the hope of competing with the foreigners in the making of the new products which they invent daily, since, as they do not conform to our regulations, our workmen cannot imitate these articles without first having obtained permission from the government, that is to say, often after the foreign factories, having profited by the first eagerness of the consumer for this novelty, have already replaced it with something else. It means forgetting that the execution of these regulations is always entrusted to men who may have all the more interest in fraud or in conniving at fraud since the fraud which they might commit would be covered in some way by the seal of public authority and by the confidence which this seal inspires, in the consumers. It is also to forget that these regulations, these inspectors, these offices for inspection and marking, always involve expenses, and that these expenses are always a tax on the merchandise, and as a result overcharge the domestic consumer and discourage the foreign buyer. Thus, with obvious injustice, commerce, and consequently the nation, are charged with a heavy burden to save a few idle people the trouble of instructing themselves or of making enquiries to avoid being cheated. To suppose all consumers to be dupes, and all merchants and manufacturers to be cheats, has the effect of authorizing them to be so, and of degrading all the working members of the community. (Turgot, "Éloge de Gournay" (1759), translated by P.D. Groenewegen)