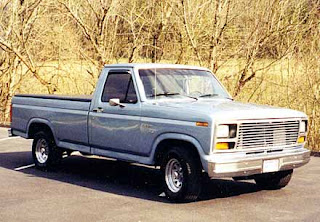 It turns out some of the worst-polluting cars don't qualify for the Cash 4 Clunkers program. Go figure:

Nearly 5 million of the nation's most polluting vehicles were quietly excluded from the popular "cash for clunkers" program after lobbyists for antique auto parts suppliers and car collectors persuaded the government to shut out cars built before 1984.

The restriction has prevented consumers nationwide who own older cars and trucks from cashing in on the $3-billion federal program even though many don't consider their jalopies to be collectors' items.

When the federal government announced the rebates of up to $4,500, Chris Hurst said, it looked like the perfect time to unload his gas-guzzling 1981 Ford F-150 pickup. Hurst, who lives in the Sierra foothills north of Fresno, was surprised to discover his truck was too old to qualify.

"If we could have gotten that rebate, it would have worked perfectly for us," said Hurst, who is now trying to sell the vehicle, equipped with Ford's biggest V-8 engine, for $1,600.

The restrictions were pushed by lobbyists for the Specialty Equipment Market Assn., a Diamond Bar group that represents companies that sell parts and services to classic and antique car collectors. The group, as well as classic car enthusiasts, have opposed cash for clunkers because they don't want older vehicles to be destroyed.