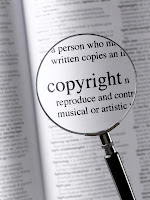 Over the last few years, I've pitched my tent on the anti-copyright and anti-patent side of the libertarian camp. In other words, I don't hold that ideas are property, or can be property, and the granting of such monopoly privileges by the state is an act of theft and wealth redistribution of all real property owners.

John Tehranian of the University of Utah's S.J. Quinney College of Law has written a fantastic paper for the Utah Law Review that looks at the disparity between copyright law and copyright norms. It's worth a full read, however, what I wanted to share here is his making plain just how often the average person, in this case the average college professor, infringes on copyright, to the tune of billions per year:


To illustrate the unwitting infringement that has become quotidian for the average American, take an ordinary day in the life of a hypothetical law professor named John. For the purposes of this Gedankenexperiment, we assume the worst-case scenario of full enforcement of rights by copyright holders and an uncharitable, though perfectly plausible, reading of existing case law and the fair use doctrine. Fair use is, after all, notoriously fickle and the defense offers little ex ante refuge to users of copyrighted works.

In the morning, John checks his email, and, in so doing, begins to tally up the liability. Following common practice, he has set his mail browser to automatically reproduce the text to which he is responding in any email he drafts. Each unauthorized reproduction of someone else’s copyrighted text—their email—represents a separate act of brazen infringement, as does each instance of email forwarding. Within an hour, the twenty reply and forward emails sent by John have exposed him to $3 million in statutory damages.

After spending some time catching up on the latest news, John attends his Constitutional Law class, where he distributes copies of three just-published Internet articles presenting analyses of a Supreme Court decision handed down only hours ago. Unfortunately, despite his concern for his students’ edification, John has just engaged in the unauthorized reproduction of three literary works in violation of the Copyright Act.

Professor John then attends a faculty meeting that fails to capture his full attention. Doodling on his notepad provides an ideal escape. A fan of post-modern architecture, he finds himself thinking of Frank Gehry’s early sketches for the Bilbao Guggenheim as he draws a series of swirling lines that roughly approximate the design of the building. He has created an unauthorized derivative of a copyrighted architectural rendering.

Later that afternoon, John attends his Law and Literature class, where the focus of the day is on morality and duty. He has assigned e.e. cumming’s 1931 poem i sing of Olaf glad and big to the students. As a prelude to class discussion, he reads the poem in its entirety, thereby engaging in an unauthorized public performance of the copyrighted literary work.

Before leaving work, he remembers to email his family five photographs of the Utes football game he attended the previous Saturday. His friend had taken the photographs. And while she had given him the prints, ownership of the physical work and its underlying intellectual property are not tied together. Quite simply, the copyright to the photograph subsists in and remains with its author, John’s friend. As such, by copying, distributing, and publicly displaying the copyrighted photographs, John is once again piling up the infringements.

In the late afternoon, John takes his daily swim at the university pool. Before he jumps into the water, he discards his T-shirt, revealing a Captain Caveman tattoo on his right shoulder. Not only did he violate Hanna-Barbera’s copyright when he got the tattoo—after all, it is an unauthorized reproduction of a copyrighted work—he has now engaged in a unauthorized public display of the animated character. More ominously, the Copyright Act allows for the “impounding” and “destruction or other reasonable disposition” of any infringing work. Sporting the tattoo, John has become the infringing work. At best, therefore, he will have to undergo court-mandated laser tattoo removal. At worst, he faces imminent “destruction.”

That evening, John attends a restaurant dinner celebrating a friend’s birthday. At the end of the evening, he joins the other guests in singing “Happy Birthday.” The moment is captured on his cellphone camera. He has consequently infringed on the copyrighted musical composition by publicly performing the song and reproducing the song in the video recording without authorization. Additionally, his video footage captures not only his friend but clearly documents the artwork hanging on the wall behind his friend—Wives with Knives—a print by renowned retro-themed painter Shag. John’s incidental and even accidental use of Wives with Knives in the video nevertheless constitutes an unauthorized reproduction of Shag’s work.

At the end of the day, John checks his mailbox, where he finds the latest issue of an artsy hipster rag to which he subscribes. The ’zine, named Found, is a nationally distributed quarterly that collects and catalogues curious notes, drawings, and other items of interest that readers find lying in city streets, public transportation, and other random places. In short, John has purchased a magazine containing the unauthorized reproduction, distribution, and public display of fifty copyrighted notes and drawings. His knowing, material contribution to Found’s fifty acts of infringement subjects John to potential secondary liability in the amount of $7.5 million.

By the end of the day, John has infringed the copyrights of twenty emails, three legal articles, an architectural rendering, a poem, five photographs, an animated character, a musical composition, a painting, and fifty notes and drawings. All told, he has committed at least eighty-three acts of infringement and faces liability in the amount of $12.45 million (to say nothing of potential criminal charges). There is nothing particularly extraordinary about John’s activities. Yet if copyright holders were inclined to enforce their rights to the maximum extent allowed by law, barring last minute salvation from the notoriously ambiguous fair use defense, he would be liable for a mind-boggling $4.544 billion in potential damages each year. And, surprisingly, he has not even committed a single act of infringement through P2P file-sharing. Such an outcome flies in the face of our basic sense of justice. Indeed, one must either irrationally conclude that John is a criminal infringer—a veritable grand larcenist—or blithely surmise that copyright law must not mean what it appears to say. Something is clearly amiss. Moreover, the troublesome gap between copyright law and norms has grown only wider in recent years.

Simply WOW! The best part about this is that as absurd as this shows copyright to be, his examples are things we all do every day. Little infringements like humming a or singing along with a tune on the radio, or capturing a painting in a photograph of a friend. And these add up to billions every year. We are all guilty. Unless you live under a rock, literally, you have probably infringed on somebody's copyright today.

Take this for what it's worth. It's not even a reductio ad absurdum. It's an every day example. Something is clearly wrong here, and I believe it begins with treating ideas, non-scarce and infinitely reproducible, as objects of property. The square blocks that are ideas do not and cannot fit in the round hole that is property rights.